When Linda Wyn Rogers retired from her role as a Deputy Head, she was never going to simply put her feet up. 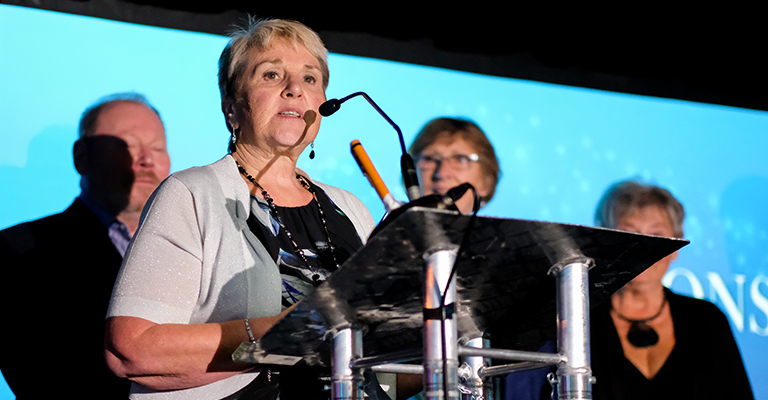 So when a friend mentioned the good work done by North West Cancer Research, she snapped up the chance to join as a member of the Llanfairfechan, Aber and Bangor Committee in North Wales. And within a few months she took on the role of Secretary.

She said: “I always wanted to do something that mattered in my retirement and it was a chance remark from a friend that led me to North West Cancer Research.

“It’s the perfect charity for me to be involved in. As a family we have always supported the local hospice so this was a natural progression for me.”

Linda, 65, and a grandmother to Finnlay and Lili, lost her dad Ken to cancer 12 years ago when he was 79.

He had just beaten bowel cancer but was then diagnosed with inoperable stomach cancer.

She said: “It was particularly cruel as he had come through bowel cancer, and then they found stomach cancer, and there was very little treatment for him. 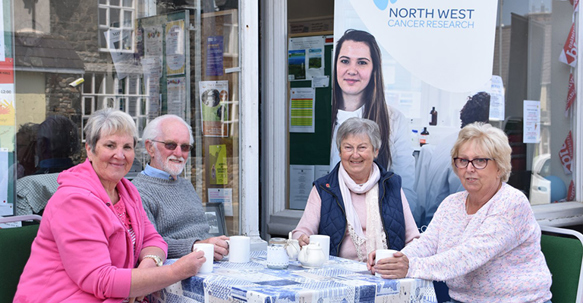 “My story is not unusual, many, many people are affected by cancer. The work this charity does is so vital because it funds research in the North West, and here at the University of Bangor, and for the people involved in this charity, and to the people who donate, the fact they can make a difference locally is so important.”

As well as collecting for donations in the local shops, the committee also organises fashion shows, and open gardens, and the generosity of the local community never ceases to amaze.

Linda, who is married to Roy, said: “We are based in a very small village and community so the fact that we raise around £15,000 every year is fantastic.”
Linda’s next challenge is to make sure the committee and the charity is appealing to the Welsh speaking community.

She said: “So many people locally speak Welsh, and we need to be appealing to them more, so our next aim is to work closely with Welsh speaking schools and colleges to spread the word about the work of North West Cancer Research.”