Kathy Morse, from Walkden, Greater Manchester, is on a mission to encourage others to listen to their gut instinct when it comes to their health after being diagnosed with an extremely rare vaginal cancer. 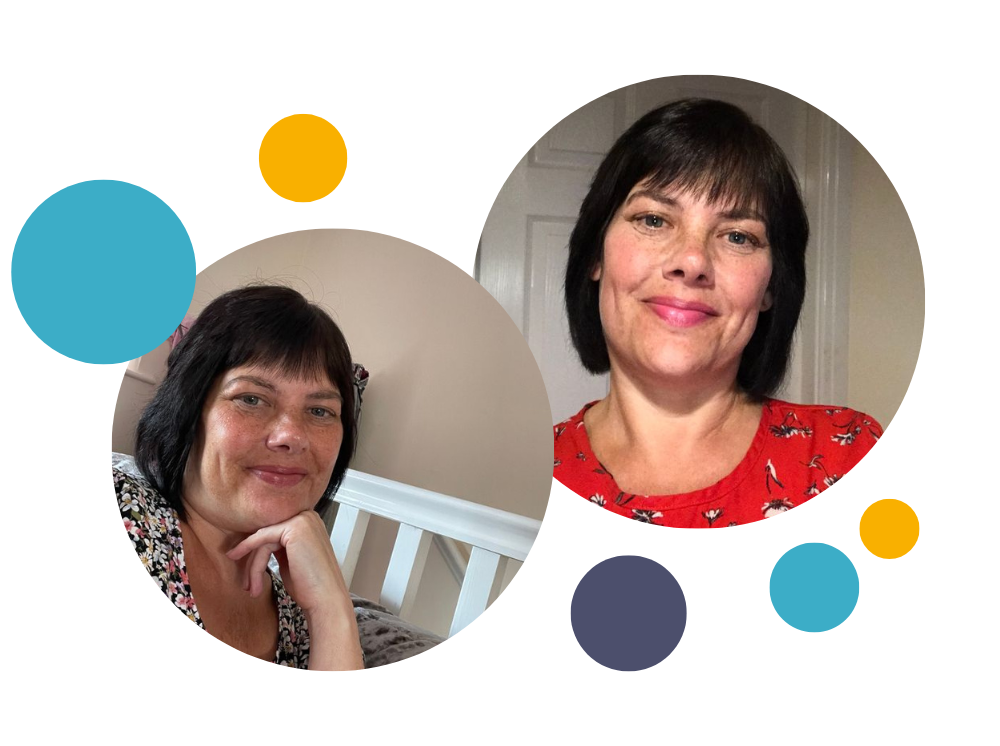 Several weeks before her diagnosis, Kathy began experiencing dizziness whenever she sat down, but several tests and checks by her GP showed no cause for concern and her bloodwork came back clear. After discovering a lump in her vaginal area, she once again visited the doctor and asked for an examination.

The resulting biopsy revealed that Kathy had an extremely rare and often aggressive vaginal cancer which affects just 250 women in the UK each year. She was referred to the Christie Hospital in Manchester and started treatment immediately after further tests revealed the cancer had progressed to Stage 3, with slow growing tissue in the lining of her vagina forming a 2.5cm tumour.

In January 2021, Kathy underwent a lengthy seven-hour procedure to remove the tumour and reconstruct her vagina, before starting an intense five-week programme of radiotherapy and chemotherapy to tackle cancer cells that had spread to her lymph nodes.

With all treatment now complete, the mum of two attends regular check-ups at the hospital and manages lasting conditions such as neuropathic pain and lymphedema with daily medication.

Kathy is now determined to use her experience to encourage other women to be more vigilant in checking their genital area, the same way they would check their breasts.

"If I didn't go through those 15 minutes of embarrassment with my doctor, I might not be having this conversation now. Most people I have spoken to have never heard of my form of cancer, as it’s so rare.

“I had a full hysterectomy 15 years ago, so it seemed like I had less chance of developing anything in that region, and it’s possible it could have even been missed through routine smears.

“Just one or two worrying symptoms is enough to get yourself checked out. No two peoples’ cancer symptoms are the same, and you know your own body best. It’s so important to trust your gut instincts when it comes to your health and listen to what your body is telling you.”

Kathy now works alongside cancer charities on a voluntary basis, with the aim of improving services and providing a unique patient perspective to improve care.

“Following my diagnosis, I have received the absolute best care and best support, which has meant I have been able to reinvent myself following my experience. It’s my top priority now to spread awareness of these little-known cancers and what to look out for, as well as advocate for charities like North West Cancer Research, who are not only funding research into the prevention of cancer, but also to improve the care and support beyond treatment.”

Gynaecological cancers are an important focus of the work funded by North West Cancer Research, with projects aimed at improving survival rates for ovarian cancer patients currently underway locally at Bangor University. A research group headed by Dr Lisa Ashmore at Lancaster University, funded by North West Cancer Research, has also recently published a book ‘The Gynae Narratives’, exploring the lived experiences of real gynaecological cancer patients, during their treatments and beyond.

Certain cancers impacting women are found to be much more prevalent in the North West’s population than in the rest of England, with the incidence rate of cervical cancer notably higher at 19% across the region. Cumbria has recorded the starkest rates of cervical cancers, at 35% above the national average, while Merseyside’s rates are 31% higher than the rest of the country.

North West Cancer Research is funding vital research into these and other cancers that most affect the people of the North West and North Wales, in order to tackle the cause, improve the care and find the cure for cancer.

To see the signs and symptoms of vaginal cancer, and find out more about the cancer’s most affecting our region, visit: https://nwcr.org/cancer-types/vaginal-cancer/