A Southport man recently joined over 120 keen cyclists to conquer the North West Cancer Research Cycle of Hope and raise vital funds for cancer research across the region. 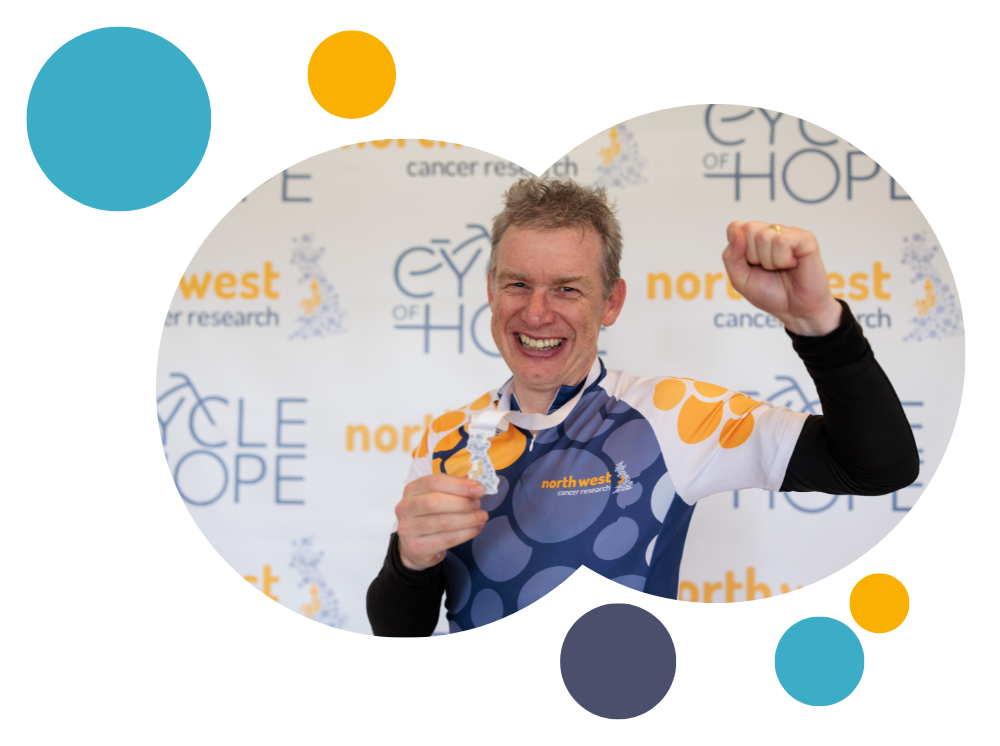 Father-of-two Forbes Robertson, who is originally from Lincolnshire but has lived in Southport for twelve years, completed the 60-mile course in support of his wife, Kerynne, who has secondary metastatic breast cancer, raising almost £500.

Having become a keen cyclist during lockdown, Forbes, who works for Southport-based Insurance company, Paymentshield, was originally due to take part in the cycle in 2021 but was forced to self-isolate on the day of the event.

Starting with a few short rides down the coast of Southport during the height of the pandemic whilst he was shielding with his wife, Forbes this month cycled 170 miles from Morecombe to Bridlington over 2.5 days, bringing his total distance cycled this year to 3,500 kilometres.

Forbes Robertson commented: “Myself and my wife both have scientific backgrounds and know how important research is in understanding and treating many different forms of cancer.

“Cycling seems to have become my main hobby, so to combine something I love with raising money for such an important cause was a no brainer for me.

“My wife has been treated at Clatterbridge Cancer Centre for over eight years too which works closely with North West Cancer Research. This feels like a good way to give a bit back.”

This year’s Cycle, which took place on 26th June 2022, started and finished at Southport Rugby Club and offered participants either a gentle 60 kilometre route or a more challenging 60 mile course, circling the Lancashire and Merseyside countryside.

Over £10,000 has been raised through the event so far, which will support life-saving cancer research and education projects in the North West.

Alistair Richards, CEO North West Cancer Research, added: “It was amazing to be able to hit the road again for our most popular event, the Cycle of Hope.

“We extend a huge thanks to everyone who braved the windy weather in support of such an important cause, and to our sponsors, Brown Turner Ross, for helping to make the event possible.

“To see so many people come together was wonderful and the funds raised will have a huge impact on continuing to fund vital research across our region, now and in the future.”

North West Cancer Research is an independent charity dedicated to putting the region’s cancer needs first by funding pioneering research and education to tackle the cause, improve the care and find the cure for cancer.