Chris Bedford, from Birkenhead, has taken on a unique fundraising challenge in the form of a Santa Dash – in April. 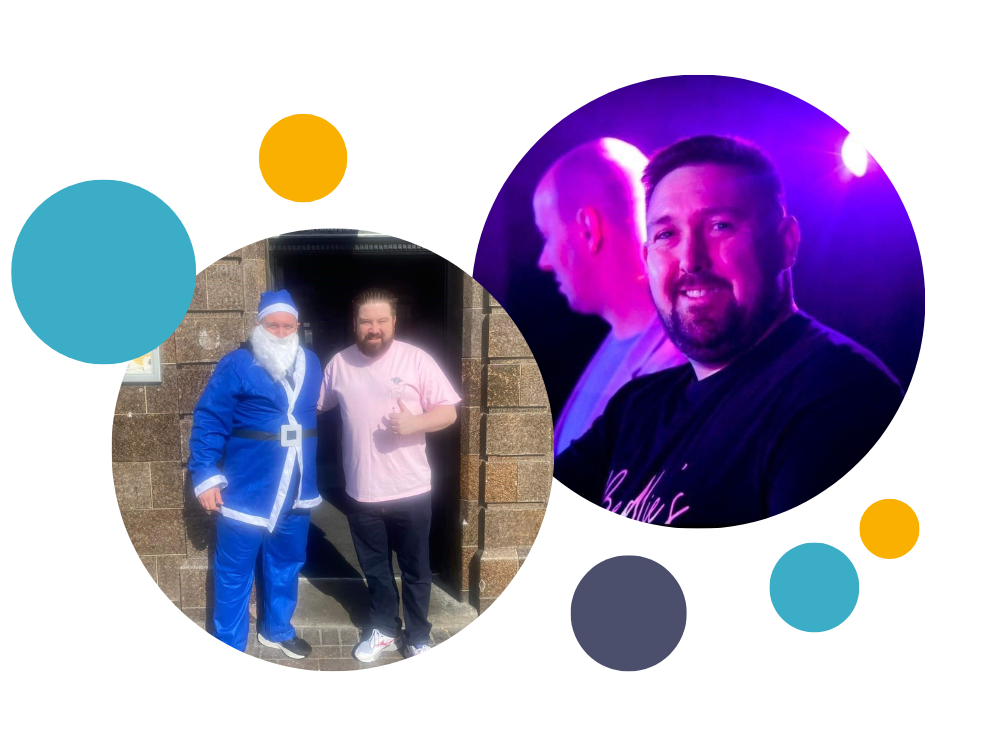 Chris was inspired to set up his own Santa Dash style run a whole four months after the festive event following his friends signing up for a 11,000ft skydive in aid of North West Cancer Research.

Chris was unable to join the gang after suffering a head injury in December 2020, which prevented him from taking on the official Santa Dash 5k at the time.

Starting from The Bedford pub in Rock Ferry, Chris dusted off his Santa Dash outfit and hit the road for his 5k, 15 months overdue.

Chris’ friend, Stephen Davies, drove alongside him and collected sponsorship money on the go which all helped to raise over £500.

Chris said: “After I heard about Stephen taking on a skydive, I knew I wanted to do something for life-saving cancer research. I sadly lost my mum in 2011 to breast cancer and my auntie battled breast cancer and won, so it has always meant a lot to me to support local cancer charities, which now includes North West Cancer Research.

“After racking my brain, I decided the most fitting thing to do was pick back up my Santa Dash that I didn’t get to complete in 2020. So 15 months later and, fittingly, on April Fool’s Day, I’m happy to say I’ve finally completed my overdue 5k in my own fashion and been able to contribute to such a deserving charity.”

You can still support Chris at:
justgiving.com/fundraising/chris-bedford4