Our latest group of thrill-seekers have taken to the skies for the experience of a lifetime as they raise money for life-saving research. 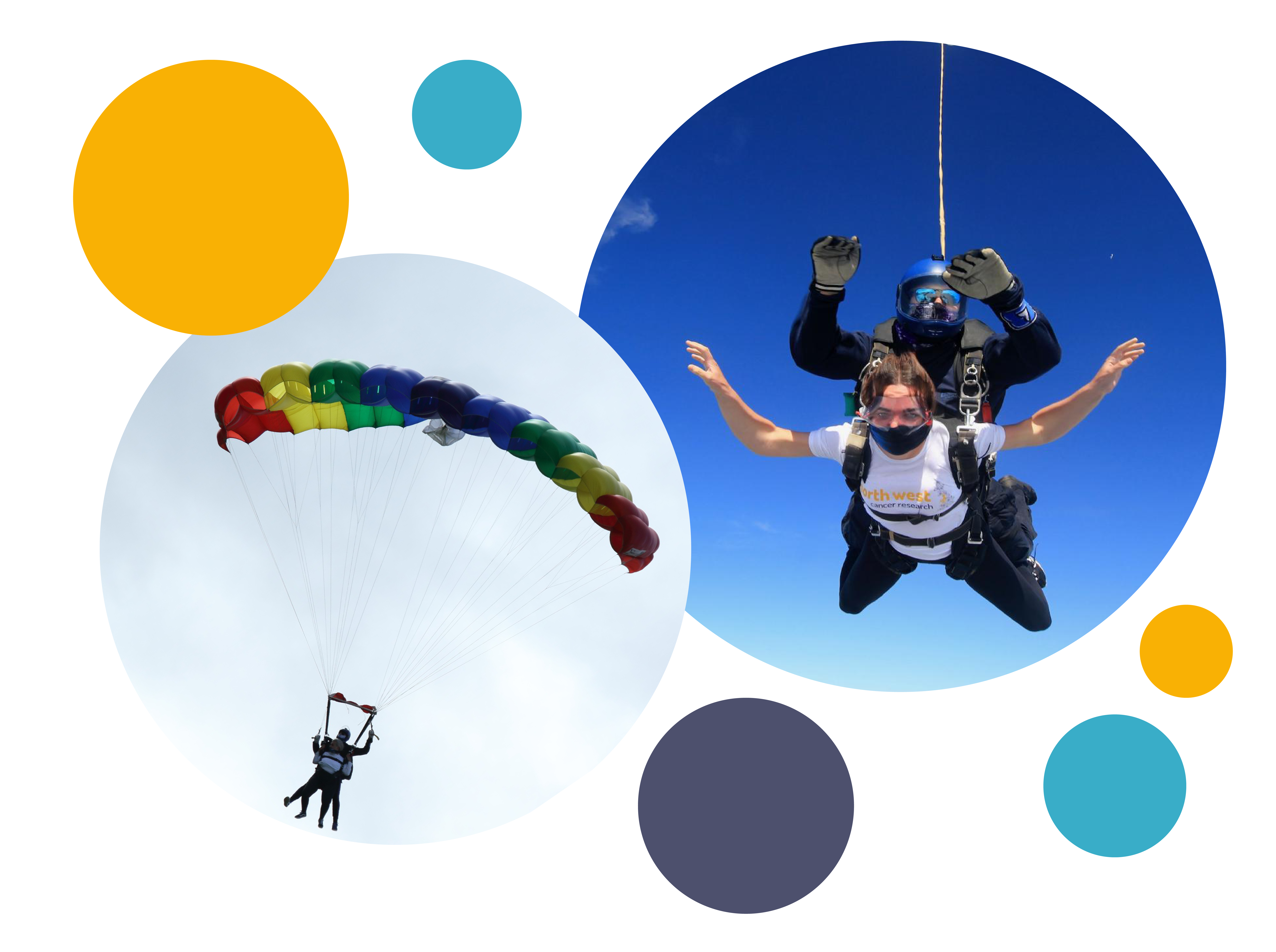 Six daredevil supporters headed to Lancashire in August, to soar to the dizzying heights of 15,000ft, before taking a leap of faith in an adrenaline-fuelled tandem skydive.

Travelling all the way from Llanfairfechan in North Wales for her big jump was Eleri Rogers, a regular supporter of the Charity who often hosts fundraising events with the
Llanfairfechan and Aber Committee. Eleri decided to take on the challenge in memory
of her mum, who she sadly lost to a brain tumour in 1990.

Since announcing her exciting challenge, support has flooded in from family and friends for Eleri, who has managed to raise over £2,300 for local research.

Eleri said: “I’ve wanted to do a wing walk for years now but a skydive was a close second so when NWCR fundraiser, Ffion, mentioned the skydive I knew I had to do it.

“Since my mum’s passing I’ve always donated to cancer charities but when I retired my next door neighbour introduced me to North West Cancer Research and I joined the Llanfairfechan committee. It’s always meant a lot to me that the money raised was going to a local charity and funding research at a nearby university.

“The support and sponsorship I have received from my friends and family has been
phenomenal. It’s been quite humbling and, at times, overwhelming. Whether a donation is £2 or £200, every penny is given from the heart and I’m so appreciative.

“The skydive was the most exhilarating experience of my life and I’m so chuffed that I have done it at last. A few of the twists and turns made me feel slightly queasy but that didn’t stop me from enjoying it, and now a big celebration is in order!”

The sky was the limit for best-friend duo, Liv Chadwick and Laura Wilding, who both work at The Beatles Story in Liverpool city centre and have raised a combined £1,800.

Laura chose to complete her second skydive as a tribute to her mum who passed from breast cancer 14 years ago, while Liv chose to support her best friend in honouring her mum and also celebrate her auntie receiving the all-clear from Lymphoma.

Liv said: “I have lost close family members to this horrible disease and I’m sure it has affected everybody in one way or another, so I chose to do the skydive to raise money for a cause that’s touched us all.

“The support Laura and I have been given has been incredible and I can’t thank
everyone enough. It’s good to know that raising this money is helping a lot of other
people finish their cancer journey with the all-clear, like my auntie.

“I was a little nervous at first, but the skydive is literally the best thing I’ve ever done. It’s an amazing experience and doing it for such a brilliant charity too has made it that extra bit special for me!”

If you want to take on the big jump for NWCR visit nwcr.org/events