A cancer researcher and lecturer at Lancaster University has been honoured for his innovative work to improve cancer diagnosis and treatment at North West Cancer Research’s 70th anniversary awards ceremony.

A cancer researcher and lecturer at Lancaster University has been honoured for his innovative work to improve cancer diagnosis and treatment at North West Cancer Research’s 70th anniversary awards ceremony.

Dr Andrew Fielding has worked with the charity as a researcher and lecturer for six years and received the Rising Star Award from the charity last weekend to commend his work surrounding breast cancer and uveal melanoma eye cancer.

The 39-year-old has worked on a number of break-through projects that have been funded by North West Cancer Research since 2013.

His research has contributed to an increased understanding in the behaviour and growth of cancer cells, which will in turn inform wider research into methods which could specifically reduce cancer cell growth in certain hard-to-treat cancers.

Dr Fielding said: “I’m honoured to have received the Rising Star Award from North West Cancer Research. The funding they have invested into my research over the last six years has helped provide valuable equipment and resources to carry out cutting-edge cancer research. It has also allowed me to develop my career as a cancer researcher in the North West.”

“I’d like to thank North West Cancer Research for choosing me for this award and look forward to working with them for many years to come.”

The North West Cancer Research 70th Anniversary Gala Dinner honoured the efforts of the charity’s life-long fundraisers and researchers, who together have helped the organisation become one of the leading independent cancer research charities in the region.

In the last 18 years the charity has supported £39 million worth of research across the North West, supporting ground-breaking projects at University of Liverpool, Lancaster University and Bangor University.

Special guests included Lord Mostyn, the Lord Mayor of Liverpool and the Lord-Lieutenant of Merseyside, as well as Roger Phillips who hosted the evening’s awards.

The Rising Star Award was sponsored by Rutherford Cancer Centres who operate a national network of cancer centres.

“The awards allowed us to reflect on their collective achievements so far. As well as looking back, it also gives us a chance to look forward to the future. We are currently funding 50 research projects and our network of fundraisers is growing every day, helping us continue to fund innovative life-saving research here in the North West.” 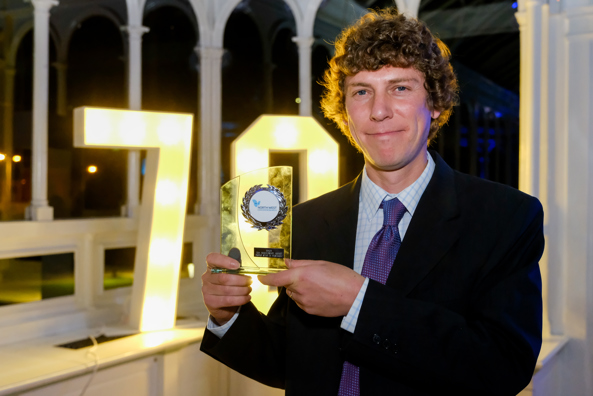