‘I thought I had a stubborn blackhead, but it turned out to be skin cancer’ 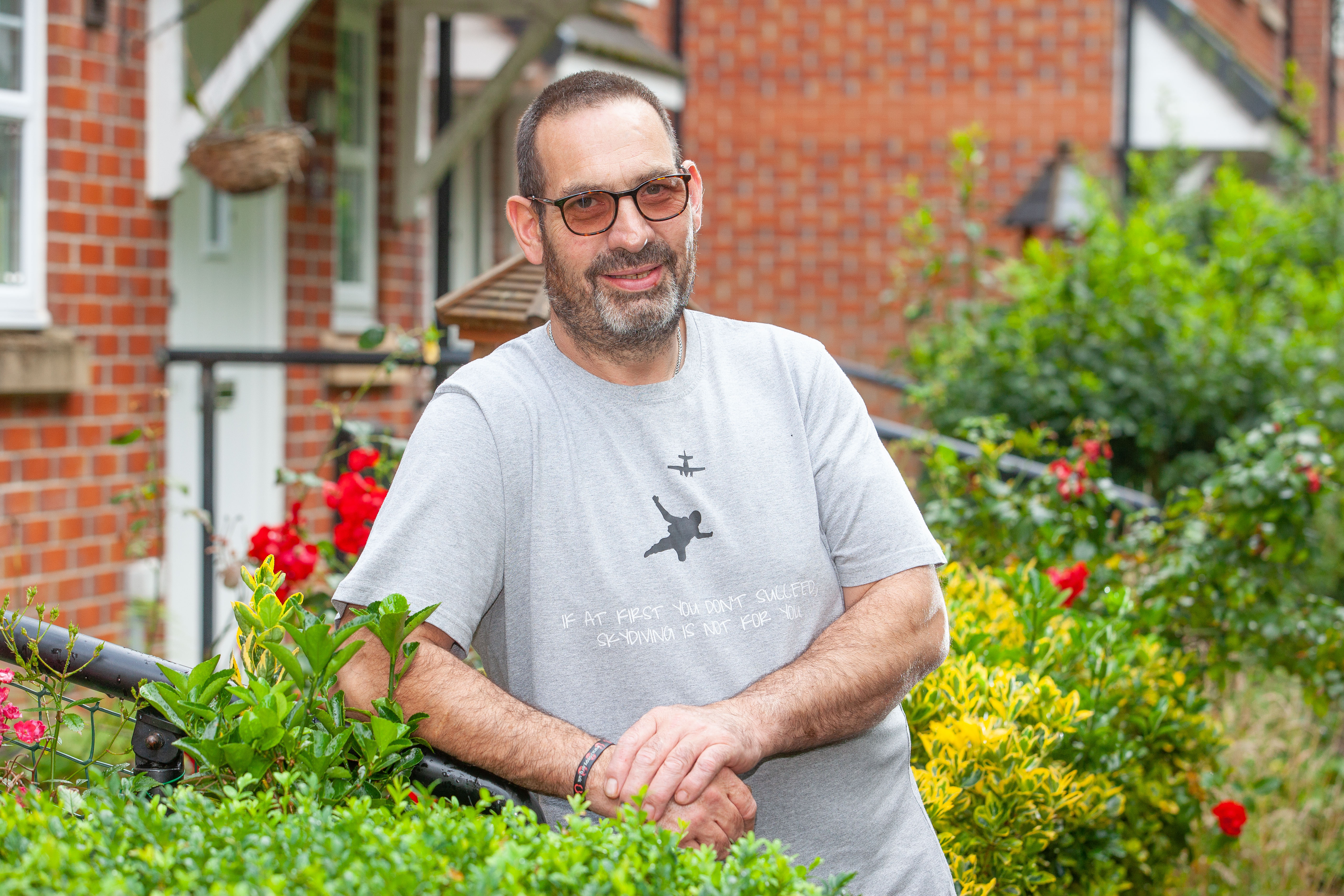 After undergoing surgery to remove a form of skin cancer from his nose, Stuart Ramsden is urging people across Greater Manchester and the North West to be more vigilant when it comes to sun safety this summer, as skin cancer rates across the region rise.

Stuart Ramsden, 48, from Rochdale, is backing this year’s sun safety awareness campaign from North West Cancer Research, which will raise awareness of skin cancer, its causes, symptoms and encourage people to stay safe in the sun.

Latest statistics show that in 2015 there were 15,906 new cases of melanoma skin cancer and UK incidence rates are projected to rise by 7% by 2035.

Stuart, a former mechanic in the RAF for 15 years, was diagnosed with basal cell carcinoma (a common form of skin cancer) in 2015, after noticing what he thought was a blackhead on his nose that kept turning septic.

It was only after his wife, a biomedical scientist, persuaded him to consult his GP, that Stuart was diagnosed with a basal cell carcinoma. Shortly after, Stuart underwent surgery at Northern Manchester General Hospital to remove the cancerous part of the skin on his nose, replacing it with skin from a graft behind his left/right ear.

Stuart has been discharged but continues to check his skin for any changes. After leaving the RAF 13 years ago, he is now passionate about promoting sun safety, particularly amongst outdoor workers.

He said: “I have had moles removed in the past but being told that this time it was skin cancer was incredibly difficult to hear. I was lucky enough to receive expert treatment at Northern Manchester General Hospital where they removed the basal cell carcinoma quickly and effectively.

“Skin cancer is a particularly scary form of cancer that can develop years after prolonged and unsafe sun exposure. In my case, I had spent five years working in 50-degree heat in Middle Eastern deserts where I was exposed to the sun while wearing low-quality sun cream.

“Since my diagnosis, I want to encourage everyone to enjoy the sun safely and outdoor workers to protect themselves sufficiently. That is why I’m supporting North West Cancer Research’s skin cancer campaign which includes a Sun Safety Pledge to urge employees to protect their outdoor workers.”

As part of the campaign, the charity has launched a Sun Safety Pledge, designed to encourage employers of outdoor workers to put their employee’s safety front of mind by raising awareness of skin cancer.

The campaign will educate people about the importance of using adequate sun protection when working outside, the early warning signs of skin cancer, and the importance of visiting their GP as soon as they have any concerns.

Changes in your moles, as well as the appearance of new moles and skin blemishes, are potential markers of skin cancer. You should always look out for itching, bleeding and crusting and contact your GP straight away if you spot these symptoms.

“By raising awareness of skin cancer, its symptoms and the associated risk factors of over exposure to UV rays, we hope we can encourage people to be sensible when spending time in the sun and reduce the number of skin cancer cases across the North West.”