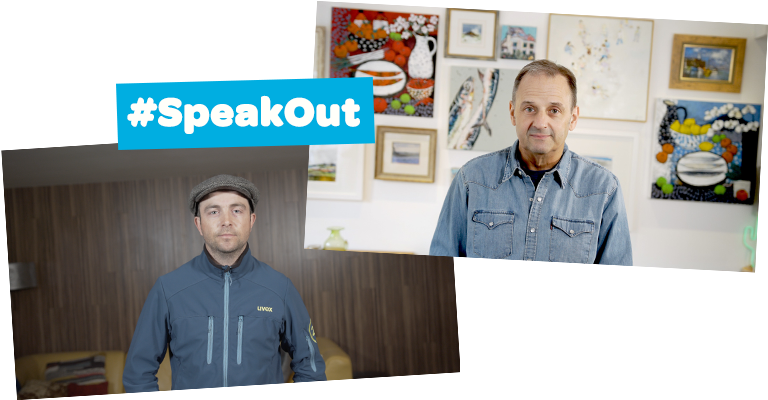 North West Cancer Research has teamed up with a host of local celebrities to highlight the early symptoms of the disease in a bid to encourage men to be more vigilant and to visit their GP.

The #SPEAKOUT campaign sees well-known names such as Mark Radcliffe, Graeme Sharp, Dave Spikey and John Parrott feature in an informative video that will be shared across social media channels throughout April and May.

You can support research into cancers like head and neck by donating today.

Around 12,000 new cases of head and neck cancer are diagnosed in the UK each year. Read about symptoms, diagnosis and treatment here.

Know the signs and symptoms of head and neck cancer, learn the facts and share with your friends on social media.

Following his diagnosis and treatment of the disease, BBC radio broadcaster Mark Radcliffe is urging men to #SpeakOut

Equestrian champion urges men to #SpeakOut against head and neck cancer symptoms after sharing his own cancer diagnosis.

‘I thought my sore throat was just swollen glands, but it turned out to be throat cancer’ – cancer survivor from Blackpool #SpeaksOut